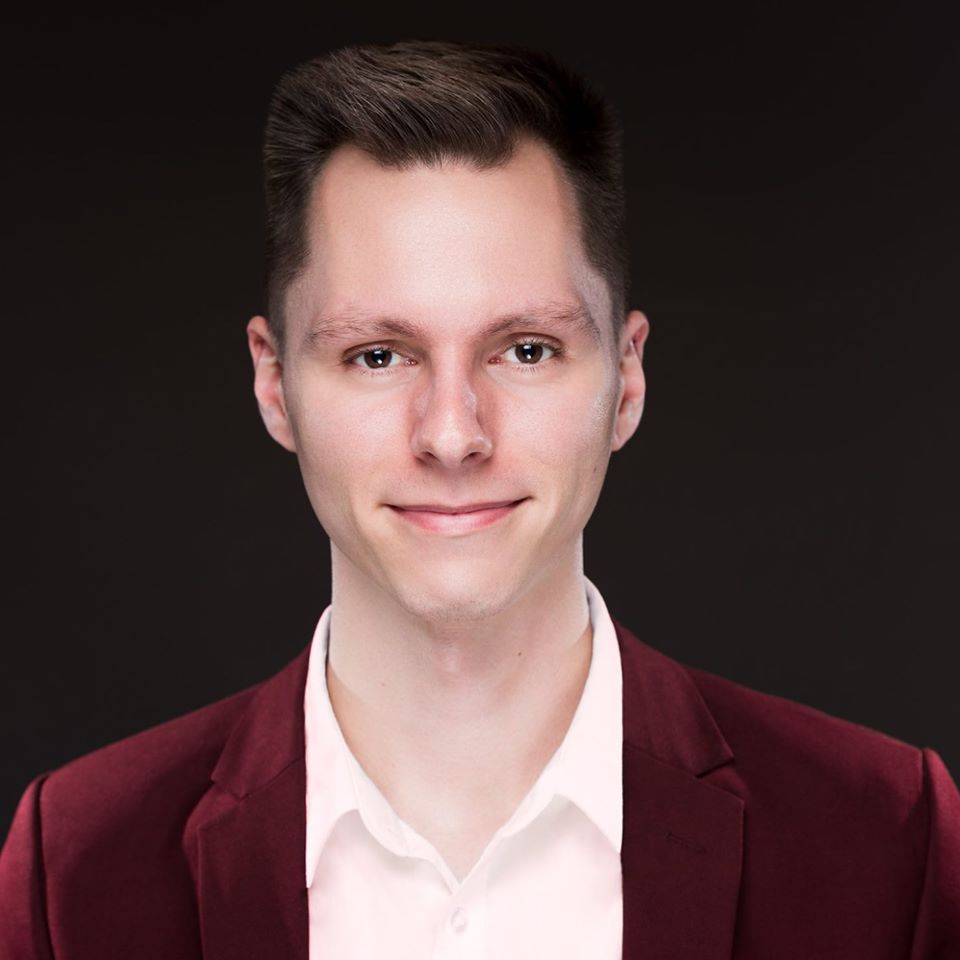 Dr. Nicolas Bizub is a celebrated violist, having performed as an orchestral musician, chamber musician, and soloist throughout the United States and Europe. He has served as principal violist of the Lawrence Symphony Orchestra in Appleton, Wisconsin; College Light Opera Company in Cape Cod, Massachusetts; and Sewanee Symphony in Tennessee. Additionally he has performed with the Oshkosh Symphony Orchestra, Green Bay Civic Orchestra, and Waukesha Chamber Orchestra. He has served as section violinist for the College Light Opera Company, where he has performed over 30 musicals and operas. Dr. Bizub is also a passionate arts administrator and works for the Cincinnati Symphony Orchestra.

As a composer, Dr. Bizub has received prizes and awards from the New York Youth Symphony First Music, Andrew W. Mellon Foundation, The American Prize, The McKnight Foundation, Sewanee Summer Music Festival, the Wisconsin Cello Society, Lawrence University, and the Cincinnati College-Conservatory of Music. He has been praised for his “ability to weave musical textures, sonorities, and skillfully change pacing” within his works as an element which “truly shines” (Helena Michelson, American Prize).

His music has been written for and performed by numerous leading new music ensembles and artists, including, British violinist Madeleine Mitchell, American violist Michael Hall, loadbang, NOW Ensemble, Hypercube, Zodiac Trio, F-PLUS, and Unheard-of//Ensemble, among others. His music has been performed throughout the United States and Europe and may be heard on Ablaze Records and Centaur Records.

Dr. Bizub teaches both the Violin and the Viola. Sign up with him today!